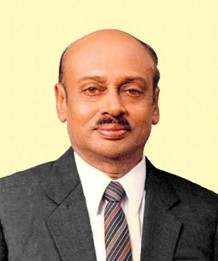 Professor K.K.Y.W.Perera also contributed during the formative years of Internet in Sri Lanka as the Chairman of the Computer and Information Technology Council of Sri Lanka (a statutory Board then known as CINTEC) during the period 1992 to 1993).  He has also served as the Chairman of many governmental and statutory bodies including, Sri Lanka Telecom (SLT) and the Ceylon Electricity Board (CEB.) He was also the President of the Institution of Engineers, Sri Lanka.

In 1993, Prof. Perera was awarded the title Vidya Jyothi by the President of the Democratic Socialist Republic of Sri Lanka, an award recognizing outstanding scientific and technological achievements. It is the highest national honor for science in Sri Lanka and is made for outstanding contribution to the development of the country through dedicated work. Prof. Perera is also the recipient of the Excellence in Engineering Award and the Eminence in Engineering Award of the Institution of Engineers, Sri Lanka in 2006 and 2015 respectively.